Well, we have finally made it to the end of what will go down as the craziest year in a long time. We definitely deserve a pat on the back for 2020.

If you want to cap the year off in the right way, then consider this your invitation. Since the beginning of our newsletter endeavors, we wanted to create a sense of community where education is the beginning goal, and successfully trading is the end goal. To achieve this, our team created a private chat room for newsletter subscribers only. Our entire team, as well as 720+ other paying newsletter subscribers, answer questions, host charting sessions, and hang out when not reading this here newsletter. Click here to join our complimentary Discord if you haven’t already.

If you haven’t noticed, the equity markets and the economy reacted adversely to the whirlwind that 2020 has been. The four-week average of jobless claims stands at record levels 776,000; granted, this is below what was recorded back in March but still higher than anything we’ve seen since the Great Depression. Economists use the labor market to ultimately judge how well the economy is fairing during a recession or depression since employers, usually, will not go on hiring sprees if they see the economic environment continuing to suffer in the near future. So far, the U.S economy has bounced back fairly well, but as the Federal Open Market Committee’s economic predictions come out on Wednesday, we’ll see just how well we should’ve done.

Speaking of events, if you have never heard of ‘triple witching’ or ‘quadruple witching’, I suggest you open another tab in your browser and research it, because this Friday, December 18th, quadruple witching takes place. Quadruple witching, in essence, is the date on which multiple types of options and futures contracts expire simultaneously. With this many pieces moving in the financial markets on one day, it never fails to cause a surge in volatility. The ‘quad’ from quadruple witching refers to the expiration of stock index futures, stock index options, stock options, and single-stock futures. Market indices tend to decline the week after witching dates as much of the demand gets eaten up in that volatile week beforehand.

Also, Pfizer’s ($PFE) vaccine got FDA emergency approval for distribution. Healthcare and nursing home works will be among the first to receive the 95% effective COVID-19 vaccine. More will come this week on how well the vaccinations go and if the storage of the doses was more complicated than previously thought.

These charts are intended for educational purposes only. We’re here to help you to become a better trader, so don’t take every trade and expect to make money. Do your own due diligence and research before investing and/or trading.

A bit of advice…

I have noticed and heard that some of you are having issues with keeping up with our plays and catching them as they happen.

A simple solution to that would be as follows:
– set alerts on a brokerage app/software that you trade on
– take the breakout levels we give you (or pick a resistance that you’d want to see broken before entering your trade) and set price alerts for these levels
– Track our portfolio using an excel spreadsheet

For trades you take but can’t monitor attentively, set alerts at the support/resistance levels given to know when your position is at a cautionary level. 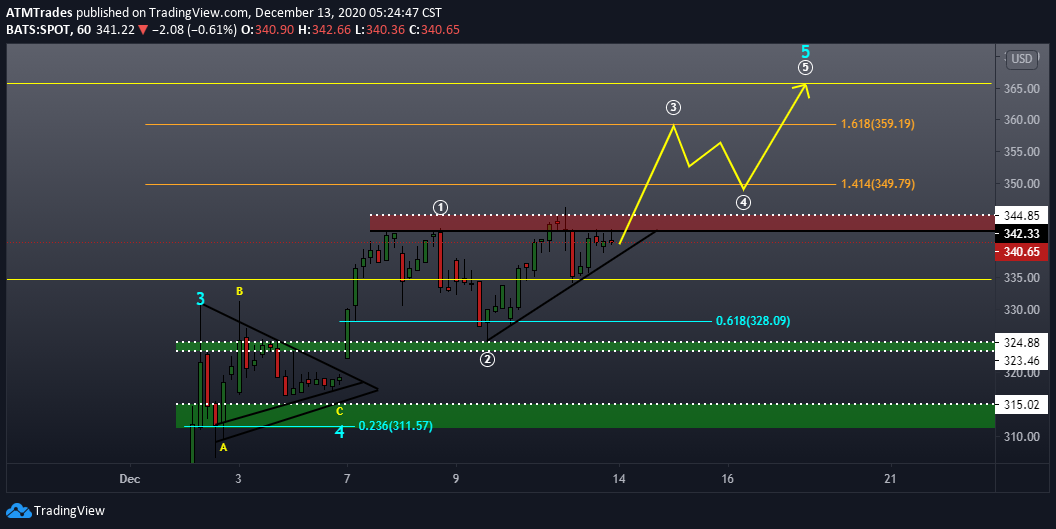 Analysis: After a nice move this past Monday, look for Spotify to move similar again this week. The pattern on watch for this week is an ascending bull flag. As long as the market has no overarching bad news, it should be smooth sailing on the day of the breakout. Watch for SPOT to continue towards $360 (all-time-highs) rather quickly if it gets over $345! I wouldn’t be surprised if we saw an analyst price target upgrade this week. 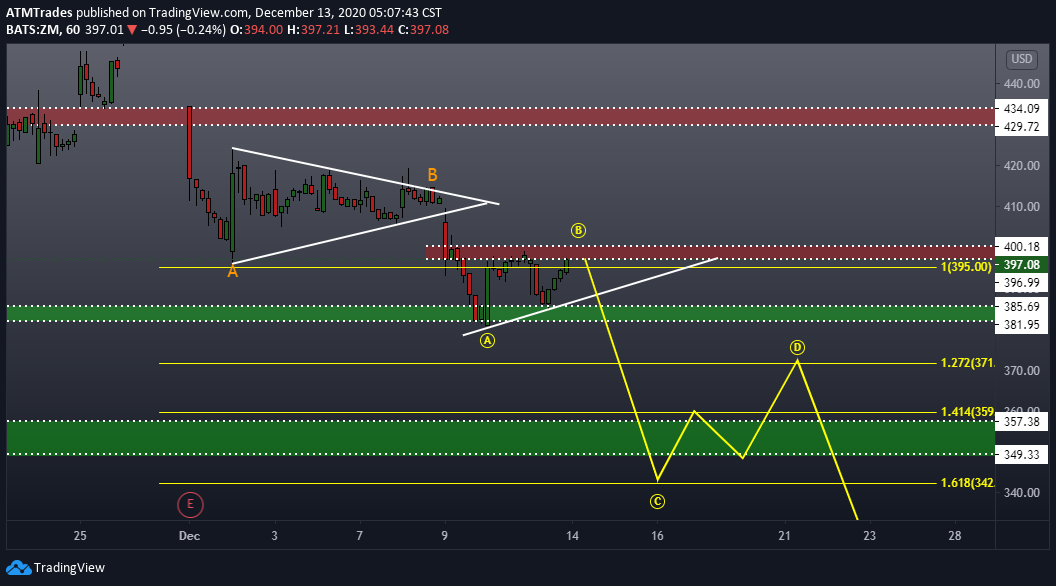 Analysis: Zoom still appears to be in a downtrend, as it currently has formed another bear flag to end this past week. Its price closed right at a supply zone. To add fuel to the fire, the vaccine is now being hurriedly distributed as the first doses are set to be given on Monday, December 14th. I do expect the vaccine emergency approval to be the catalyst to push ZM down next week in accordance with the C wave target. P.S. there is a rather large ER gap below that needs to be filled. 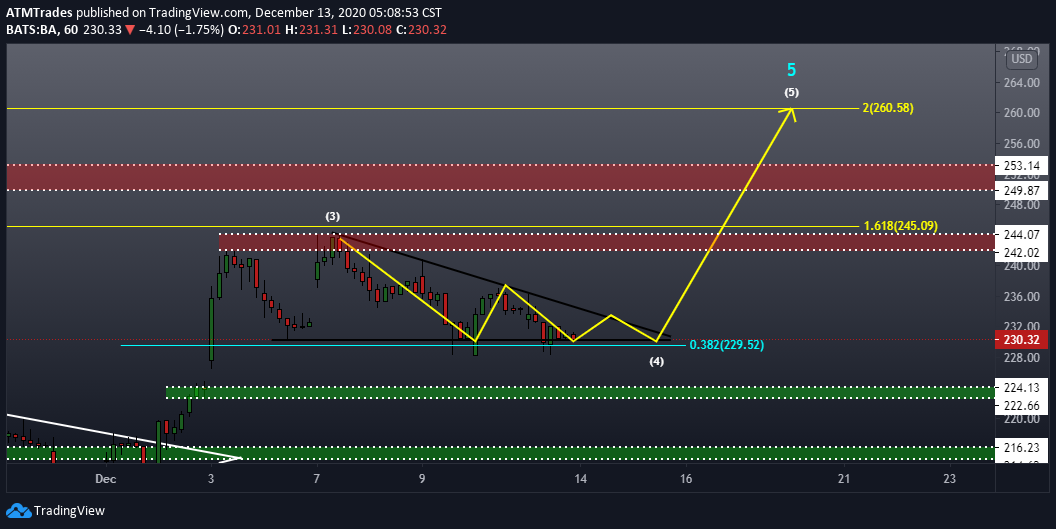 Analysis: With BA finishing the end of this current run, a beautiful bull flag is setting up off the .382 fibonacci support. I said it last week, and I’ll repeat it: BA has been the model of consistency for weeks because of its easy patterns and news cycles. What will cause it to run this time around? Of course, it’s vaccine-related, as it has been every Monday, but we’re finally seeing it being distributed in the United States (the first dose will be given on December 14th).Resistance to watch: $237, $242-$245, $250, $260Support to watch: $228-229.50Long Invalidations level: Below $228Breakout level to watch: $245 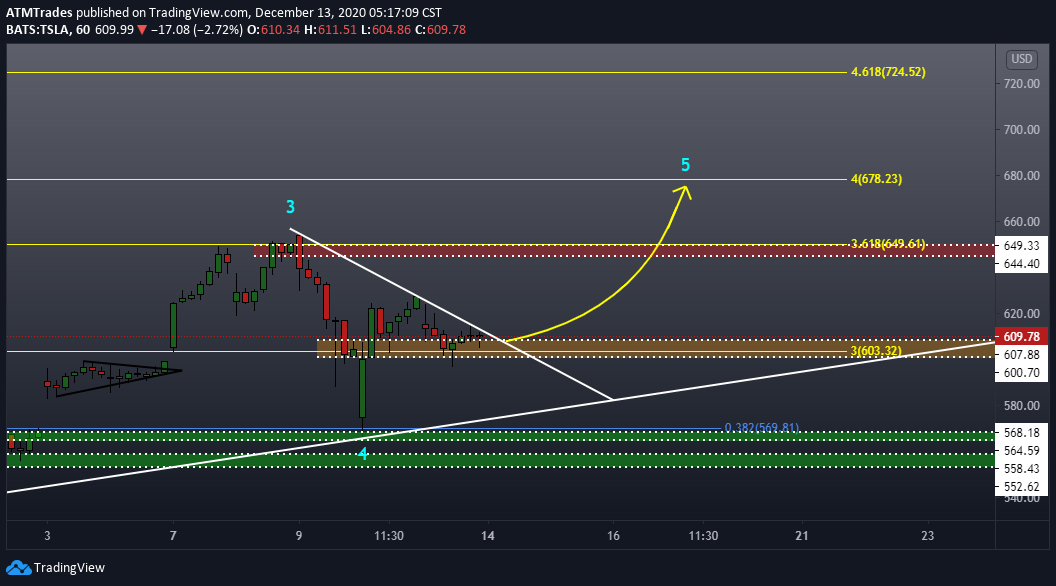 Analysis: TSLA has been and will always be the crowd favorite. Good ‘ole TSLA seems to be setting up to party this week as it gets officially added to the S&P 500 next Monday, December 21st. But, a lot of action will happen this week as passive funds have to accumulate enormous amounts of shares to match the weighting of the S&P 500. Watch for TSLA to explode at any point this week as long as the $600-$607 demand zone (orange) holds. $615 is a key level to break above. 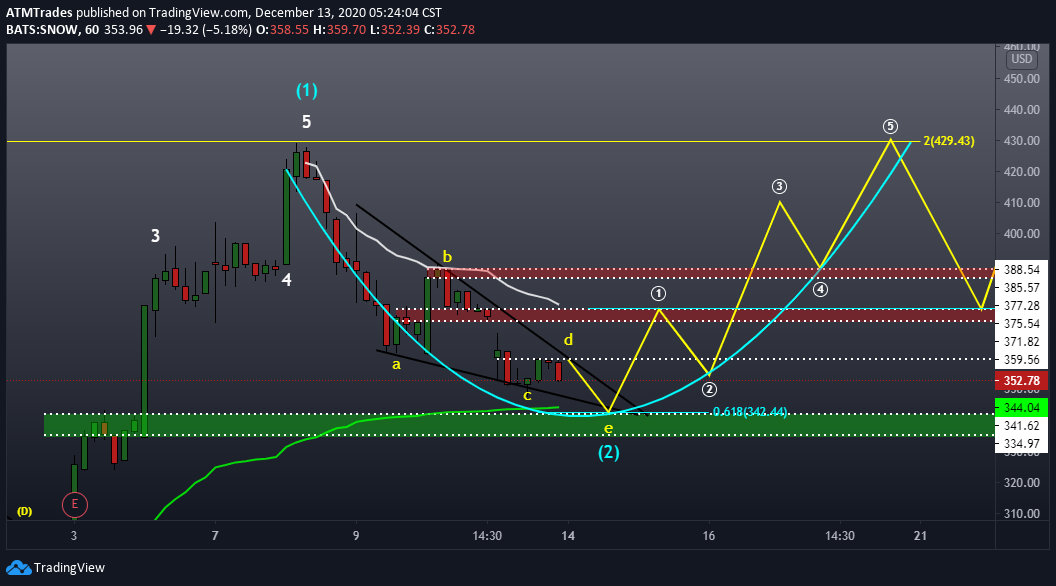 Analysis: SNOW has been extremely quiet since its prominent move over $400 last week, and now, it’s about ready to push higher again. A ‘constructive correction’ is forming via a falling wedge, directly into a major demand zone.

Long Invalidations level: Below $334
Breakout level to watch: $359, ($350 if price can break below that range first within the wedge) 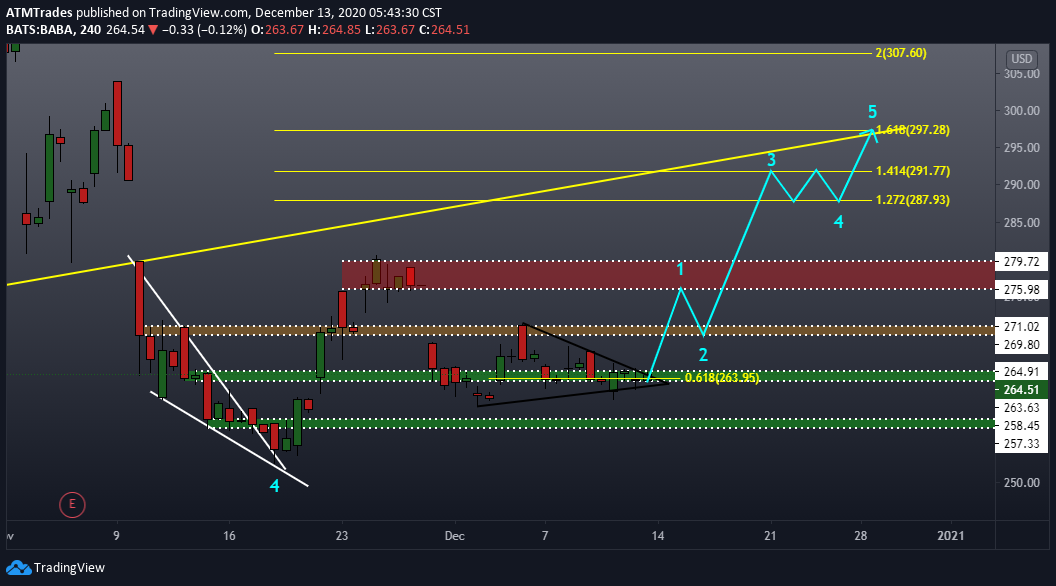 Analysis: Alibaba has been in a consolidation phase for the better of 2 weeks now, and it appears it’s ready to finally make a move out of this bull flag. When this move happens, I expect it to be explosive and, most importantly, a multi-day runner. Chinese names are some of the best swing plays, as they’re often traded on overseas exchanges while the U.S. stock market is closed. Now I do estimate a few quick corrections on this run-up, but if the volume is strong enough, it could push right towards the Fibonacci resistances (noted above in the chart) through gap-ups and sheer volume.

For trades you take but can’t monitor attentively, set alerts at the support/resistance levels given to know when your position is at a cautionary level. Also, trades that held up support levels from previous newsletters should still remain on your watchlist, as those plays remain valid and could still breakout.

Disclaimer: You can potentially lose all of your entry cost into this play as it’s noted as a ‘lottery play’. Do not buy same week expiration on any play noted in this newsletter. All option expiration dates should be at least 2-3 weeks out at a minimum. 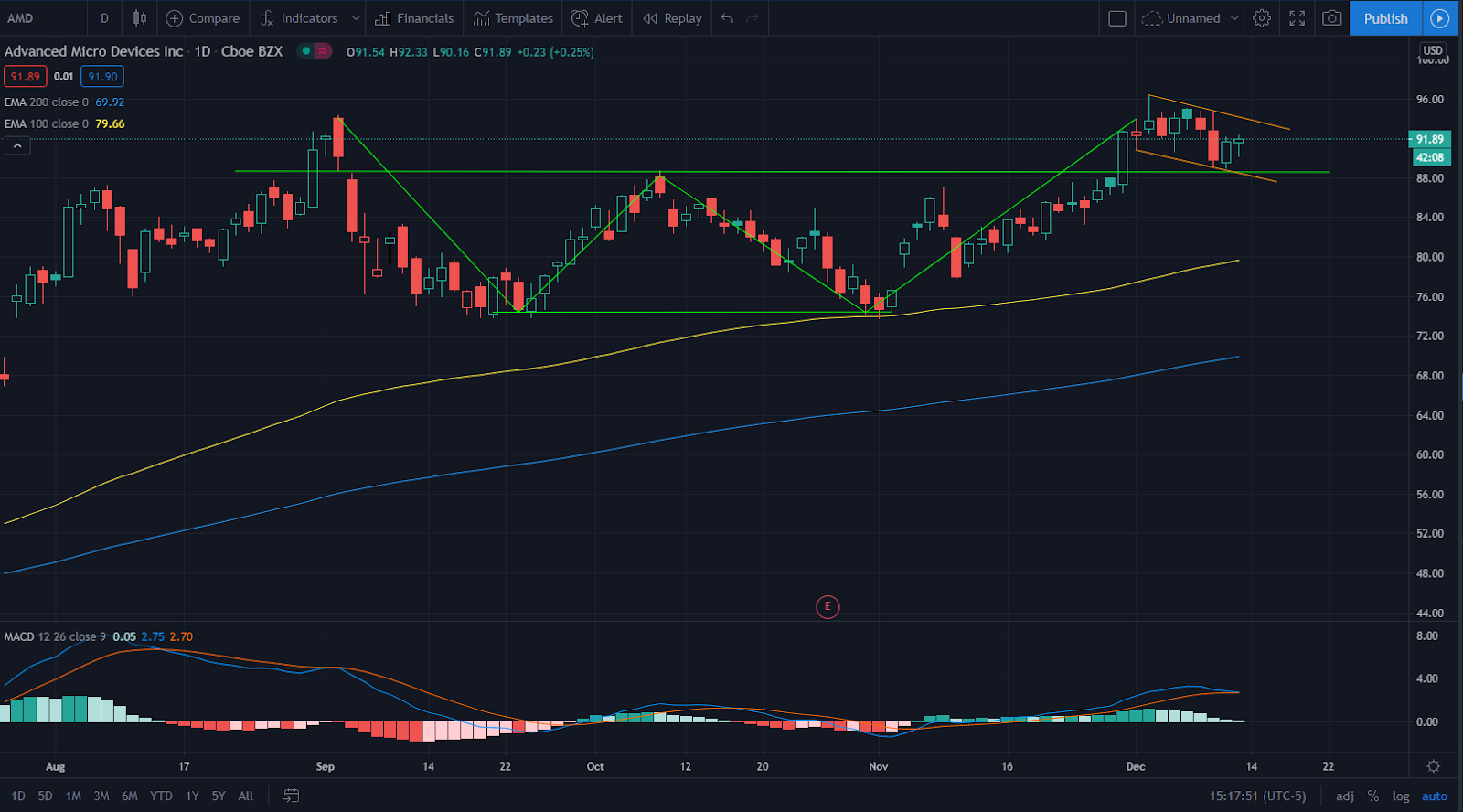 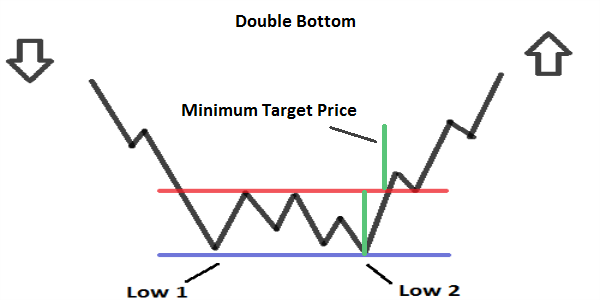 There are two different routes you could potentially take based on risk tolerance.

The projected cost of this lotto play as of right now is $45 and the max profit is $155. Profits/losses can be taken earlier at any time before expiration with no penalty.

Analysis: AMD is setting up for a parabolic move on the daily chart. Keep in mind, the smaller the timeframe in which a pattern is identified, the smaller the breakout. Given AMD is setting up on a much larger time frame, there could potentially be a massive breakout waiting to happen. The chart formed a double bottom, and now, at the end of the pattern, a bull flag is forming and is waiting for market momentum to breakout. 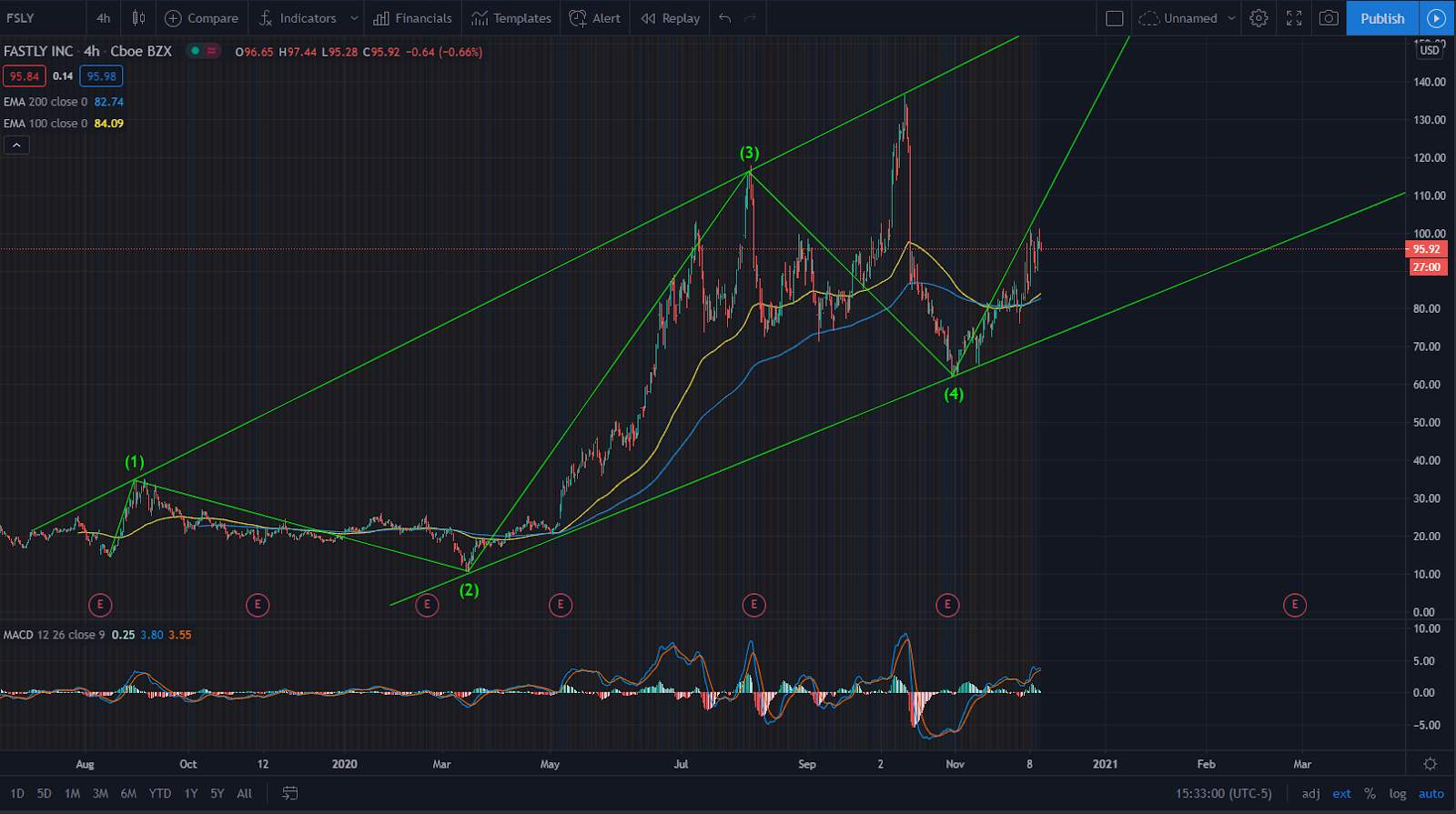 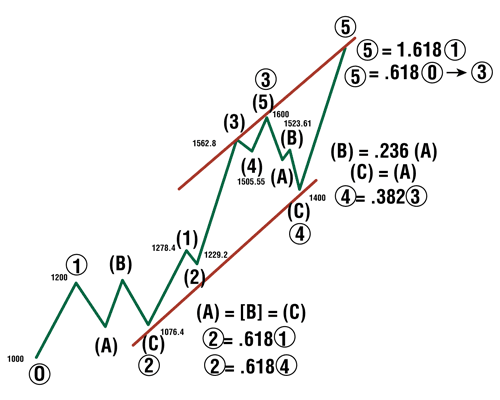 Analysis: Fastly has been volatile over the past few days as every dip and sign of weakness was bought. The chart is setting up to complete the ending of a diagonal triangle. 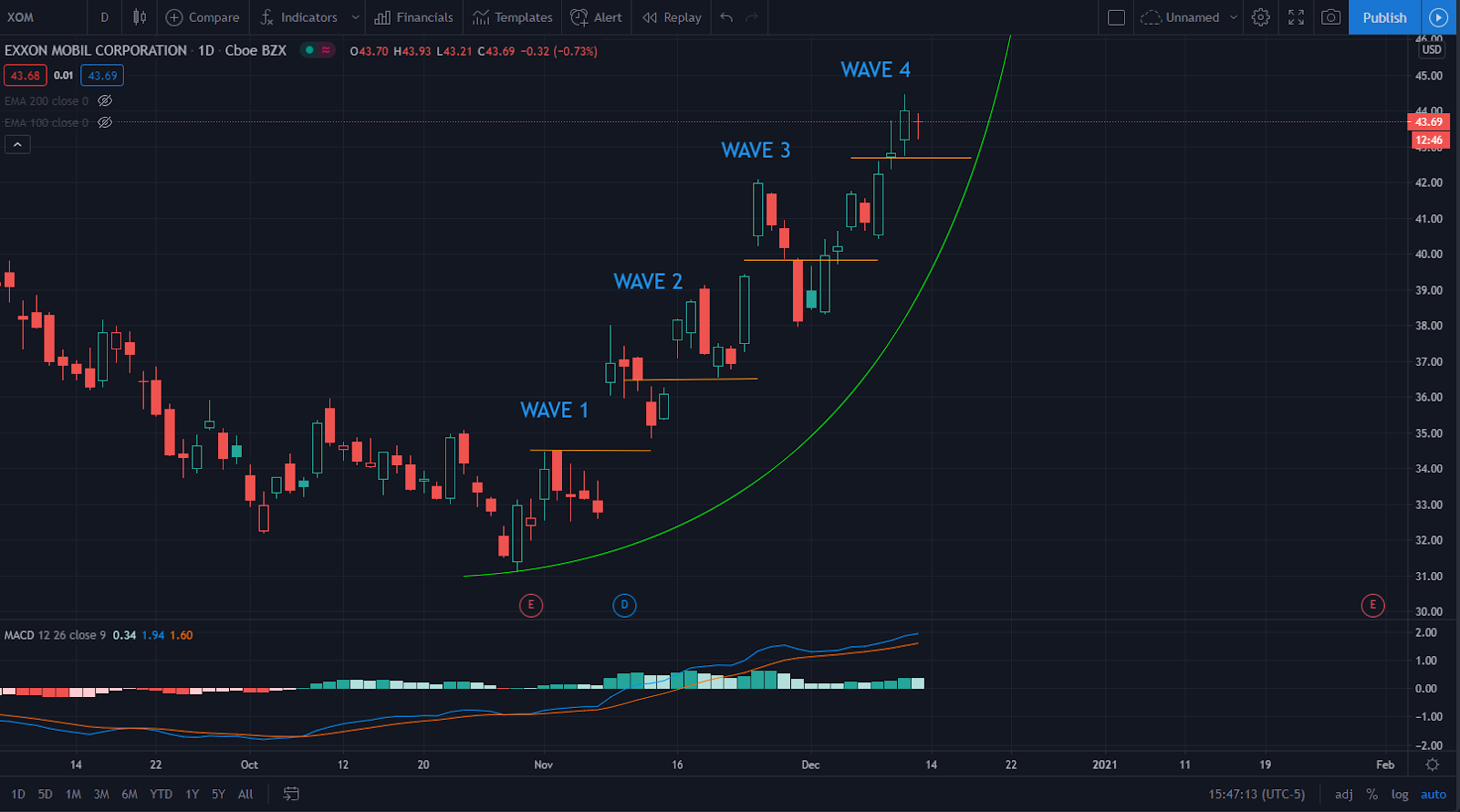 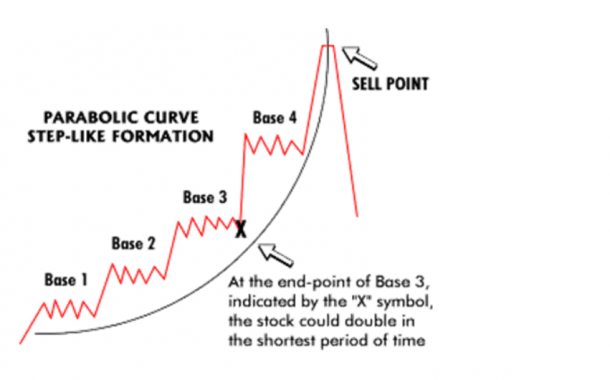 Analysis: Exxon has been on a steady uptrend in the parabolic curve. We now reach a point of consolidation for wave 4, which will lead to a massive parabolic move until the selling point is reached. 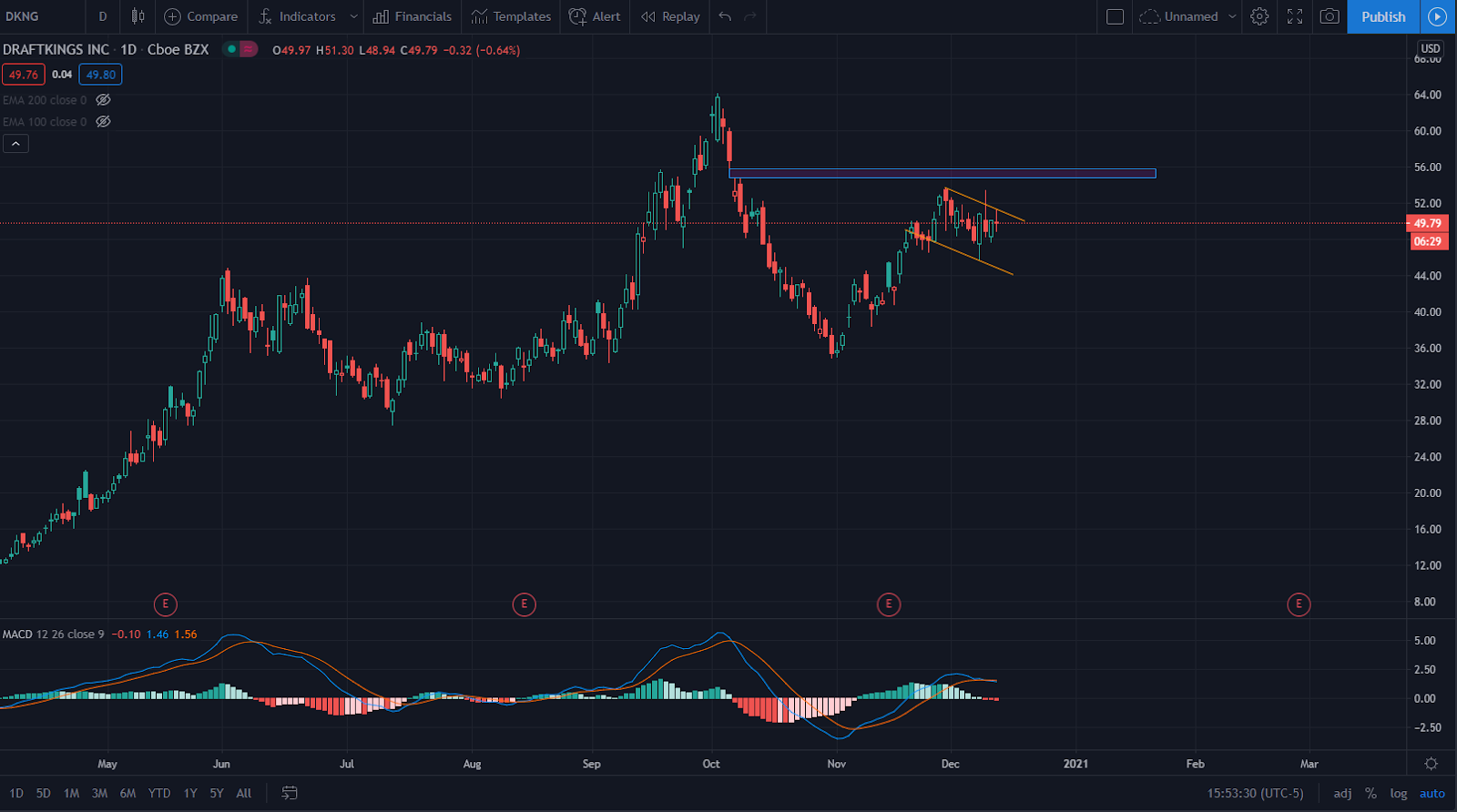 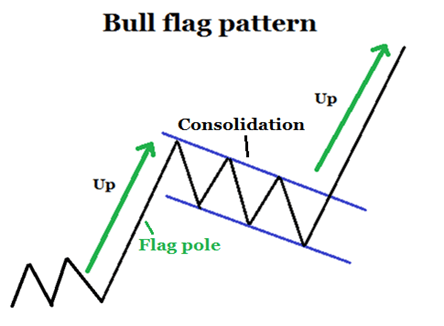 Analysis: Draft Kings is on a steady uptrend since the COVID impact has started to taper off, for now. With basketball season beginning, it’s all uphill for the company from here. With more partnerships to be announced, the beautiful gap-fill above on the chart will be provided with a catalyst. I’m currently long DKNG shares and options. 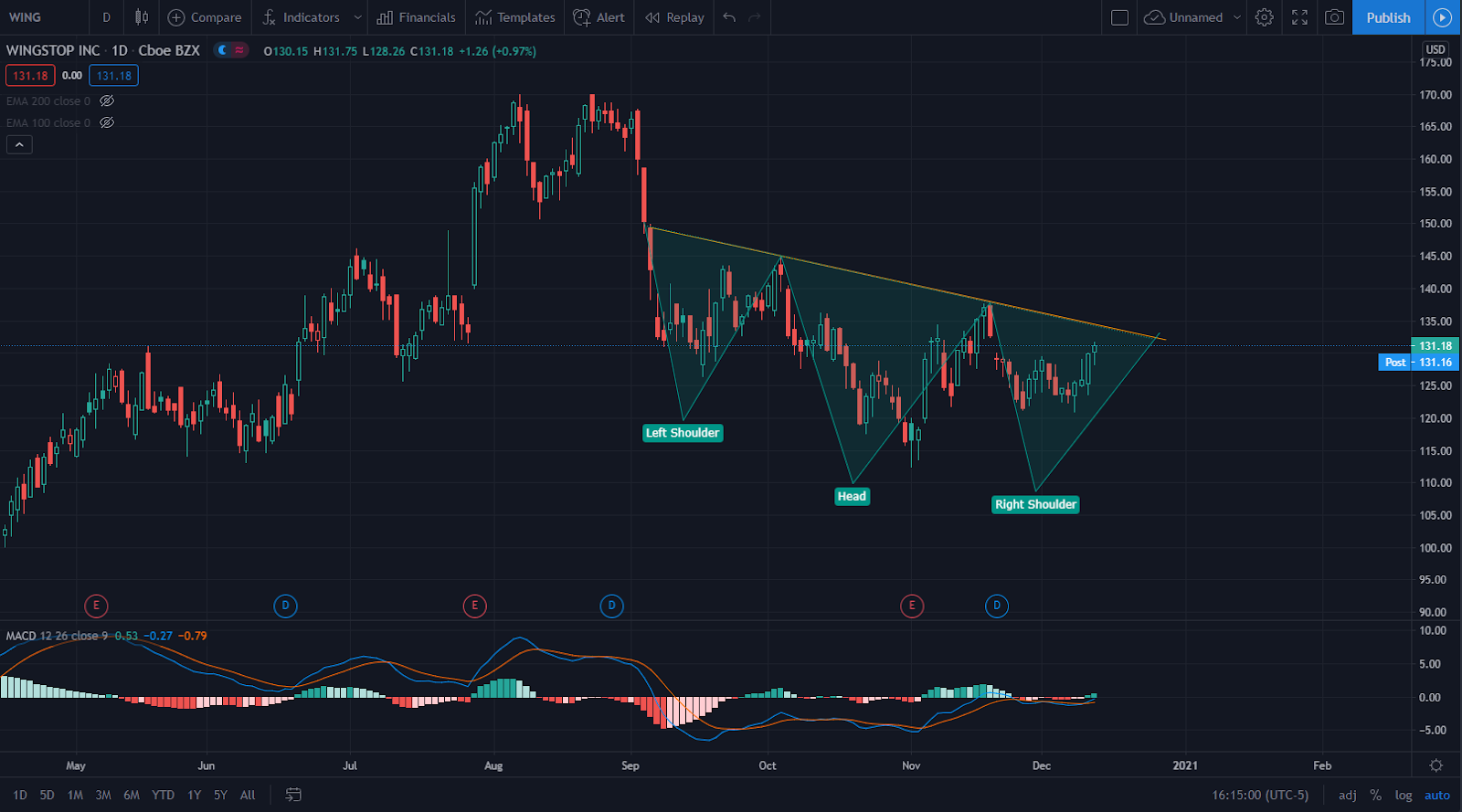 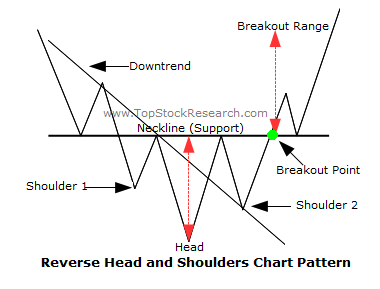 Analysis: Wingstop is currently presenting an inversed head & shoulder pattern. I’m waiting for the break of the neckline to trigger my entry point. Watch for a clean break of $132.25 to confirm it’s cleared resistance. 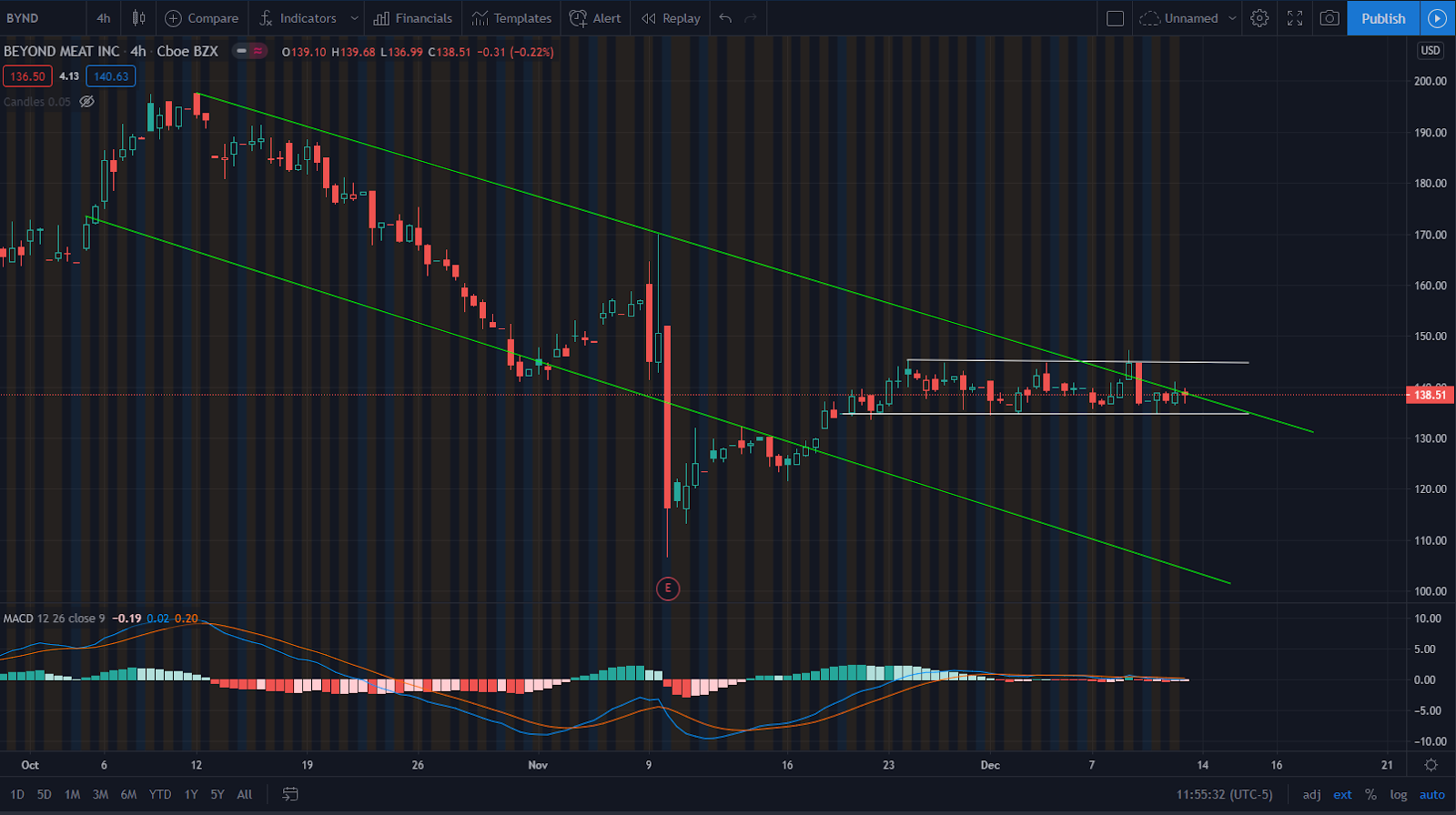 Analysis: Beyond Meat was destroyed from earnings report with gross profit falling to 28.9% sales vs. 35.6% a year ago. Stock recovered fairly well the past few days in which it formed a horizontal channel looking for breakout. Currently the chart is showing heavy consolidation and the break to the resistance(white line) will signal further recovery of stock to the upside. The driving factor in pushing stock higher is release of more products recently in Costco, Pizza Hut, and in China that were all reported after earnings report the past few days.

DQ is a Chinese company engaged in the manufacturing of monocrystalline silicon and polysilicon, which is primarily used in solar photovoltaic systems (solar panels). As solar energy becomes an ever-increasing alternative to fossil fuels, DQ is primed for the future. With Biden being an outspoken critic of fossil fuels and friendlier to China than Trump, I see massive potential from Daqo, and that’s why it’s my favorite Chinese company that I’ll be adding to my portfolio. The best part about DQ is that the chart is primed for a major move towards $60.

Couple of things to focus on:

Ways to Enter
Shares are the safest due to the lower volume of options. If you still want that high risk with high reward-type play, you could lean towards buying short term calls. The 12/18 expiration $44 strike call has the highest open interest of 10,730. This is a good amount of liquidity given how small the company is.

If you want lower risk but good upside still, the April 18th $44 strike calls still have a decent open interest at 921. This option gives you more time for the bull flag to play out but requires more capital investment.